An artist’s work is never done

It’s that you’re never really finished with a work of art; it’s never really “done.”  A painting’s doneness lasts either until it is sold or until the artist looks at it again and discovers something that needs fixing.  That’s why many artists don’t sign their paintings until some time has passed.  If they still like it a month later, then it’s done … unless they suddenly look at it six months later and discover something that needs fixing.

So here is a painting I “finished”  in December.  I put the finishing touches and my signature on it the beginning of January and even blogged about it on January 3rd. But I had an artist friend over yesterday and when I pulled out the painting to show it to her, lo and behold my eye instantly went to something that needed fixing.  Of course, once I started to fix that one thing, my eye noticed other things.

So here is the painting I thought was finished.

What bothered me was that almost straight line down the center between the dark blue-green on the left and the light green on the right. It needed fixing. So I fixed it, and then fixed some other things.  And here is the newly finished painting. 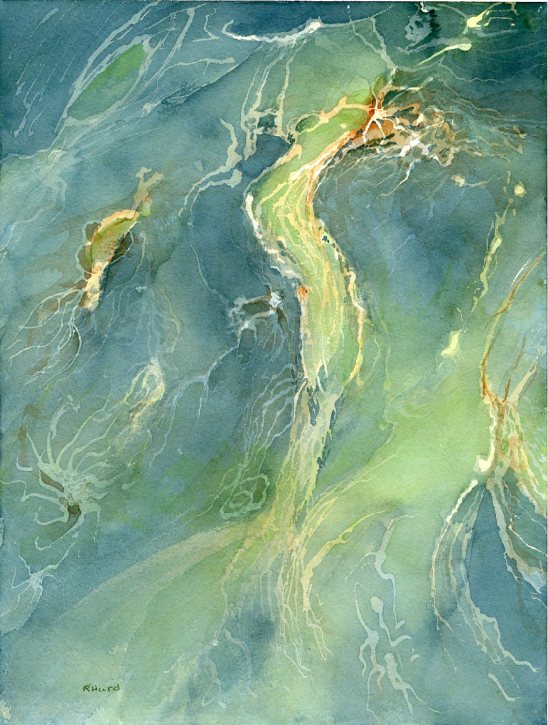 The changes aren’t huge, but they eliminate the straight lines that caught my eye and stopped it from moving around the painting.

I think it’s finished now but, hey, you never know.  If an artist’s work really is never done, this just might be the painting that proves it.  I hope not.